K.S. was there by his daughter’s side, reassuring her at the final playoff hole in the 2010 U.S Women’s Amateur tournament, saying it was just extra “TV time.” He was also there during her defense of that title, making jokes as to whether he should wear the ring handed out to the winner or give it to Kang’s mother. Kang had given her father the winner’s ring after her 2010 success.
So when K.S. died in 2013 from cancer, Kang was devastated. She’d turned professional in 2011, but in the following two years, was unable to win a pro tournament. She somehow felt she’d “failed” her Dad.
Kang was also struggling to deal with the reality of what professional sport demands. 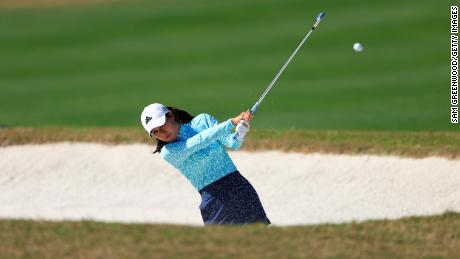 “I felt like golf took away things that I wished I [hadn’t] missed out on,” Kang told CNN’s Living Golf Shane O’Donoghue. “I was young. I missed my friends. I missed graduation. I missed spending time with my family. I’m out on the road alone. Everything that it was that I should be in love with, I wasn’t in love with. I just played to play, and I was very angry and I wasn’t happy.
Read More
“And I told my mom that eventually. And she said to me: ‘If you’re not happy, stop playing.'”
It was only when Kang stopped playing that she discovered how much she loved competing.
Approaching golf with a new “mindset” helped Kang secure her first major — the 2017 Women’s PGA Championship — following a playoff. That PGA Championship success was her first professional win.
READ: Michelle Wie West’s retirement thoughts changed by having a baby girl 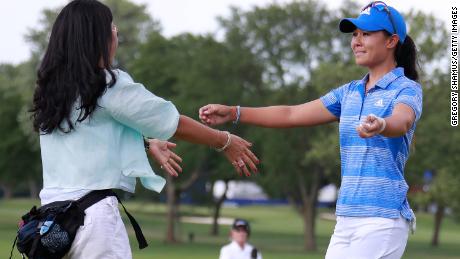 Sporting talent clearly runs in the Kang family. Her older brother Alex is a professional golfer and his desire to improve rubbed off on his sister.
Alex was also a talented soccer player and at the age of 12 went to Brazil to chase that dream. Two years later when he returned to the US, her brother had caught the golf “bug,” according to Danielle. When the pair visited their father in South Korea, the siblings used to spend hours together on the golf range, which is where Alex’s work ethic was born.
“I dedicate my golf game a lot to him because I wouldn’t be where I am today [without him],” says the 28-year-old Kang of her brother.
“I believe that you have to have talent, but … talent runs out at one point … hard work catches up,” she explained.
“I always say golf doesn’t owe you anything. And I think that’s the beauty of it … no matter how hard we work, sometimes it just doesn’t pay off.”
READ: When check hit her bank account, golfer Sophia Popov first thought ‘illegal activity’ after $675,000 win 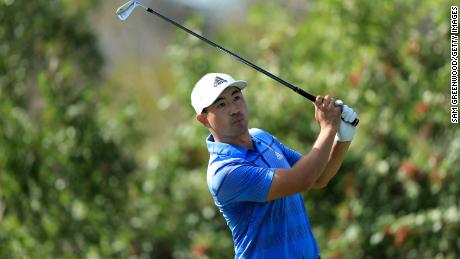 Teenager Kang’s hard work quickly paid off and at the age of 14, she qualified to play in the U.S. Women’s Open.
Before her brother signed her up for the tournament, she hadn’t been aware of the significance of her qualification at such a young age. “Everyone was so excited, and I didn’t know why. They said it was a major and my response was, ‘What’s a major?'”
Subsequently Kang missed the cut and as she dabbled with other interests — music, art and film — her performances dropped below her previous levels.
“The ambition started when I started playing bad … and that annoyed me. So I started practicing a lot because I didn’t like playing bad.”
That dedication to practice saw her graduate from Pepperdine, win back-to-back U.S Women’s Amateur titles and then become golf’s No. 1 ranked amateur.
READ: Inspired by BTS and the tradition of Tiger Woods: Meet first-time major winner Kim Sei-Young 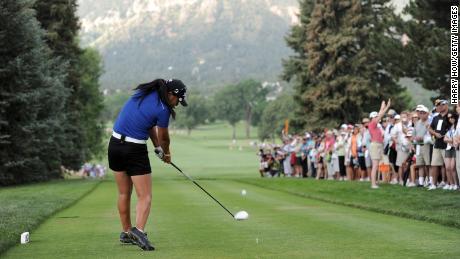 Kang’s five LPGA wins have brought her career earnings of over $6 million. Two of those wins came in the space of a fortnight following the enforced break due to the coronavirus pandemic.
While she wasn’t competing last year, Kang and her coach Butch Harmon, who used to work with Tiger Woods, spent time on her mental approach to the game.
“I wanted to be ready physically; I wanted to be rested. I wanted my game to be prepared,” Kang explained.
“He [Harmon] told me my biggest enemy is going to be being too excited. He told me to calm down from a week before and every day he’d remind me: ‘Don’t get too excited.'”
Visit CNN.com/sport for more news, features, and videos
Now the world No. 5, Kang credits Harmon for her rise up the rankings. His “comb through” of her game has been key, says Kang.
Later this year Kang hopes to fulfil a lifelong ambition of competing in the Olympics. As a youngster one of her dreams had been to compete in Taekwondo at an Olympics.
“I know the pandemic, everyone’s worried that it’s going to be cancelled, but it’s been my dream to compete in the Olympics since I was kid and I watched every Olympics all my life. Just to compete in it and have the opportunity to win, to set myself up for a chance is my main goal this year.”