The new finding is perhaps the most significant in the investigation into Saturday’s in-flight incident– one that led United Airlines to ground all of its Boeing 777s powered by PW4000 series engines and prompted federal regulators to reexamine how often the engines should be inspected. 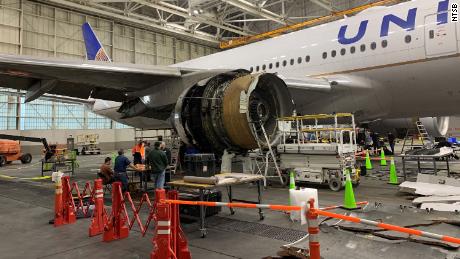 NTSB Chairman Robert Sumwalt said “a preliminary on-scene investigation indicates damage consistent with metal fatigue” of one fan blade in the plane’s right engine. Investigators said that blade broke free at the hub, likely hitting another that was broken mid-span.
A section of a blade was being flown by private jet Monday night to a Pratt & Whitney lab where it will be examined on Tuesday. Investigators believe they can determine for how long the blade was damaged before it failed.
Investigators say the PW4000 engine in question had 22 blades. Investigators found one lodged inside in the jet engine’s containment ring while another was found in a soccer field in Broomfield, Colorado, where police say the hobbled airliner dropped a mile-long trail of debris.
Read More 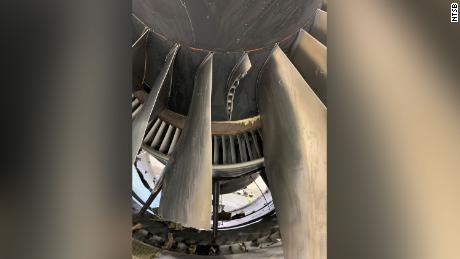 The flight fuselage also had damage to a non-critical composite piece designed to make the plane more aerodynamic, Sumwalt said.
The engine in question will be removed from the aircraft for additional inspection, Sumwalt said. NTSB investigators in Washington, DC, have begun analysis of the flight’s cockpit voice and flight data recorders.
Investigators caution that the investigation is just beginning — a process that typically takes more than a year — and they have not yet inspected United Airlines maintenance records. 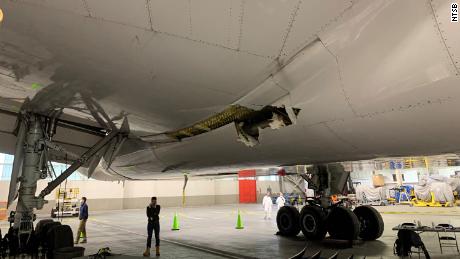 In the wake of the engine failure, Boeing has recommended suspending the use of 777s that have a Pratt & Whitney 4000 engine, and United Airlines has already pulled them following the incident. Both the Federal Aviation Administration (FAA) and the NTSB are investigating. 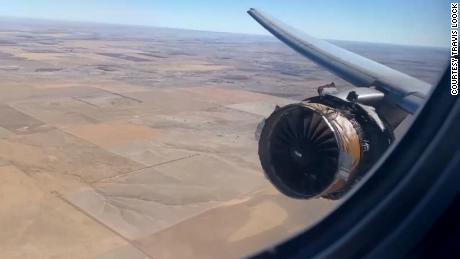 Regulators are weighing more frequent inspections of the engine model, and an order for emergency inspections could come as soon as Monday night, according to a source familiar with the situation.
Engineers from Boeing and Pratt & Whitney, along with federal investigators, were meeting Monday to determine how often the engines will need to be inspected, the source told CNN.

The NTSB arrived in Colorado on Saturday and began removing pieces of debris to a hangar for further examination, a tweet from the Broomfield Police Department said. 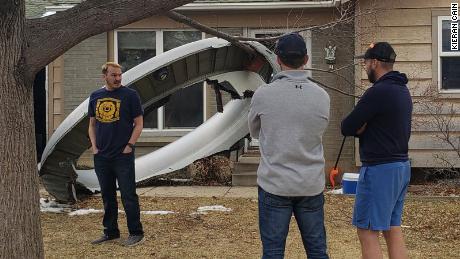 The FAA issued an emergency order earlier Sunday saying it would be stepping up inspections of Boeing 777 airplanes equipped with certain Pratt & Whitney PW4000 engines.
The UK will temporarily ban Boeing B777s with Pratt & Whitney 4000-112 series engines from entering UK airspace, Transport Secretary Grant Shapps announced on Twitter on Monday.
Japan’s transportation ministry said it has grounded 19 Boeing 777s at All Nippon Airways and 13 at Japan Airlines that have Pratt & Whitney 4000 engines. 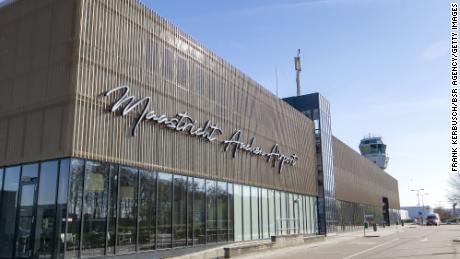 Cargo plane’s engine catches fire, dropping debris that injures two people in a Dutch town
Korean Air will conduct discussions with Boeing, Pratt & Whitney and South Korea’s Ministry of Land, Infrastructure and Transport, and will then implement recommendations before they definitely ground all Boeing 777 planes, according to an airline statement. South Korea’s Asiana Airlines said Monday it is halting operation of its nine Boeing 777-200 planes equipped with the engines.
Pratt & Whitney issued a statement saying it has dispatched a team to work with investigators on the incident. 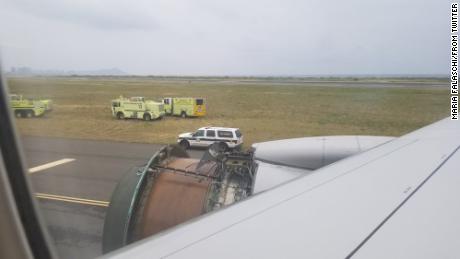 Their plane was thousands of feet over the Pacific when the engine cover blew
“Pratt & Whitney is actively coordinating with operators and regulators to support the revised inspection interval of the Pratt & Whitney PW4000 engines that power Boeing 777 aircraft,” the statement from the company said. “Any further investigative updates regarding this event will be at the discretion of the NTSB. Pratt & Whitney will continue to work to ensure the safe operation of the fleet.”
The European Union Aviation Safety Agency said Monday that the Boeing jet incident that occurred Saturday in the Netherlands was “unrelated” to the Denver incident.
A cargo-carrying Boeing 747 departing from the Netherlands had an uncontained engine failure of a PW4000. Two people were injured after pieces of the plane broke off and fell onto a town, according to authorities there.
“Even though the engine type is the same (PW4000), the Boeing 777 variant is very specific to that particular aircraft, and nothing in the failure and root analysis show any similarity at this stage,” EASA said in an updated statement. The EASA added it is in contact with the Dutch Safety Board about the Boeing 747 cargo plane incident near Maastricht.

Fear in the air

Kieran Cain was playing basketball with his kids Saturday afternoon at an elementary school in greater Denver when he heard what sounded like a sonic boom and looked up.
“We could see there was a giant black cloud of smoke high up in the sky, immediately followed by, you know what looked like pieces of the aircraft,” Cain told CNN. “Basically a shower of things that were falling out of the sky.”
About 10,000 feet above, Travis Loock heard the same boom, but coming from the plane he was in — United Flight 328. Just minutes after taking off for Honolulu, the engine failed. As the plane returned to Denver International Airport, it dropped more engine debris through the roofs of homes and into yards. 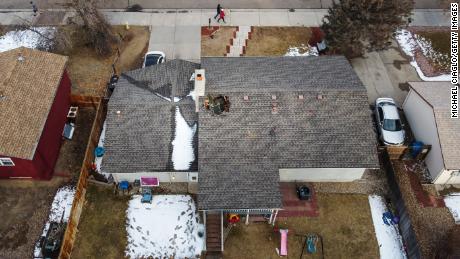 Loock shared videos that showed the engine completely stripped of its outer casing.
“A lot of people couldn’t see the engine on that side,” Loock told CNN. “I was a little more freaked out because I could see it, and I knew that was not right,” he said.
“We were just glad we weren’t over the ocean, because that’s where we were heading.”
The mood in the plane was tense, Loock told CNN. The pilot came on and said they would land in four minutes.
He said you could sense the fear on the plane, but everyone was “very calm.”
Passenger Brenda Dohn said she and her daughter, like other passengers, took the time to pray. 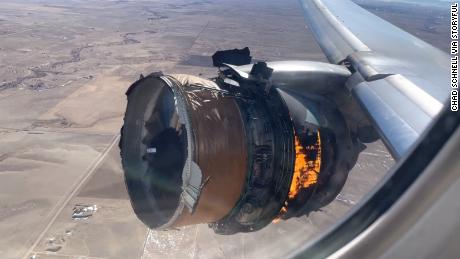 “My daughter was sitting on the window and … I was just like, ‘don’t look, like let’s let’s close it up and let’s just pray.'”
Air traffic audio from the plane conveyed the sense of urgency but not panic.
“United 328 Heavy — Mayday Mayday … Denver departure. United 328 Heavy Mayday. Aircraft just experienced engine failure — need to turn immediately.”
The debris from the failed engine rained down across a mile through a soccer field and nearby neighborhoods, Broomfield Police spokesperson Rachel Welte told reporters during a press briefing Saturday.
“We dispatched police officers and within minutes we actually were on scene of some of these homes, and we actually saw some of these large pieces of debris,” Welte said.
Looking at the debris field and how busy the area was, Welte said, “the fact that we are still not getting reports of any injuries is absolutely shocking at this point.”
“This park on a day like today, when it’s not as cold as it was last weekend, we could have hundreds of people here.”